What is token audit and why should you care about it? | Cer.live 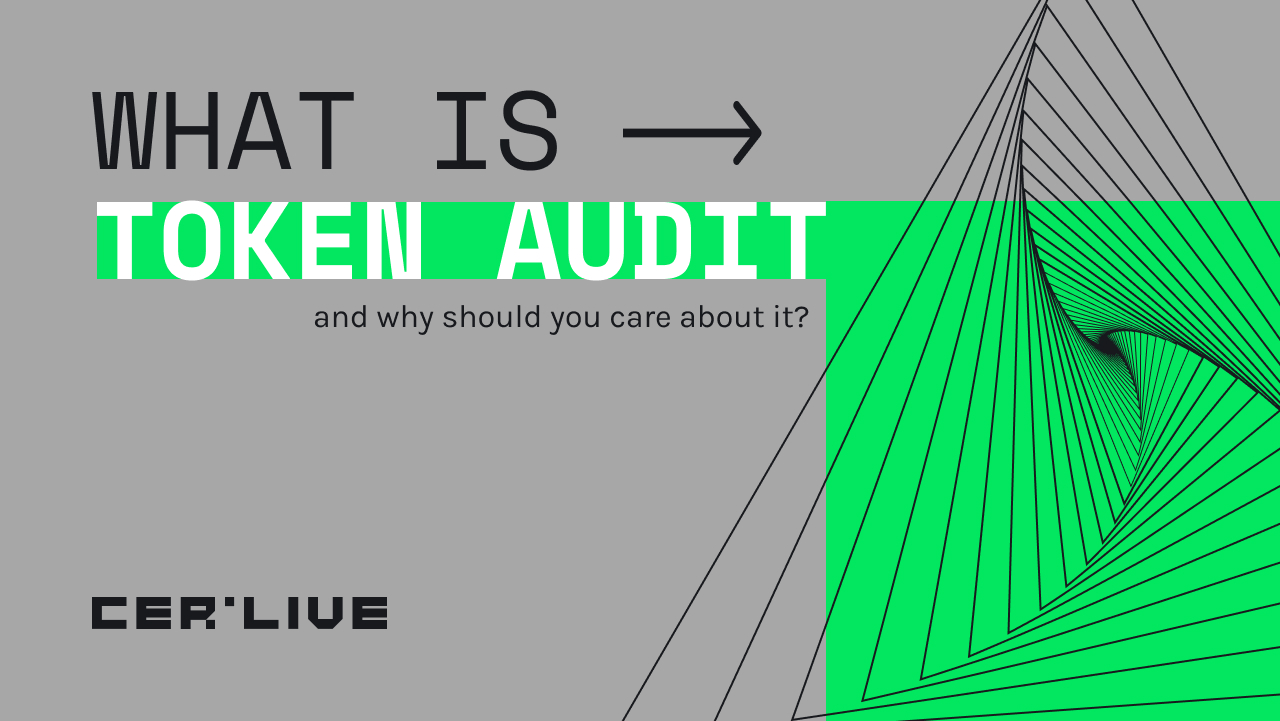 What is token audit and why should you care about it?

In H1 2022, DeFi investors and communities lost $1.97B as a result of token security incidents including both external attacks and internal scam activities. As a result of hacks, DeFi industry has lost $1.8B for the first 6 months of 2022 while due to internal malicious activities, such as rug pulls and exit scams, the DeFi investors have lost more than $180M for the same period. Projects can protect themselves from losing money by conducting a token audit.

Why should projects pass a token audit?

There is always a risk that when writing a code, developers can leave some major mistakes unnoticed. Also, due to limited knowledge and skills, developers may fail to introduce advanced security measures in the code to prevent its exploitation. A token audit performed by an independent security vendor is the confirmation of the project’s strong focus on security.

A token audit is one of the main components of the CER.live security score given to crypto projects. The CER.live score is also integrated into CoinGecko. Thereby when visiting the project’s page on this leading data aggregator, users can see whether their chosen project has passed a token audit. Also, the reports of token audits performed by reputable vendors such as Hacken are integrated into the project’s page on CoinGecko and CoinMarketCap. Thus, a token audit is both an effective product development and marketing tool for projects.

There are more than a dozen of major smart contract auditors such as Hacken, Certik, Slowmist, Peckshield, Quantstamp, Halborn, Solidity Finance, DeFi Safety, Openzeppelin, Trail of Bits, Consensys Diligence, Kudelski Security, and ChainSecurity. A brief description of most of these projects is provided in the CoinGecko guide. There is also a database allowing users to see the list of hacked protocols and their auditors.

How to read token audit reports?

Reading token audits is an activity everyone with basic knowledge of cybersecurity can do. You don’t need to be a cybersecurity guru or top-notch developer to determine whether a project is a secure choice based on its audit report. Auditors classify detected issues based on their severity level. If there are critical or high severity issues detected, then it is a warning sign. If most of the detected issues are not fixed, then it may indicate that the project has applied for a token audit just to get a tick rather than introduce real security improvements. Also, in their reports, auditors provide a brief summary of findings. Thus, reading token audit reports does not constitute a time-consuming process and everyone can do it.

Overall, a token audit is important both for projects and their communities. It allows users to see whether their chosen projects are secure enough to invest their assets in. Reading token audit reports is a way for users to be fully aware of the project’s attitude to security. In any case, a token audit does not guarantee complete resistance of a project to cyberattacks but it heavily reduces the chance for hackers to steal users’ assets or cause operational disruption.