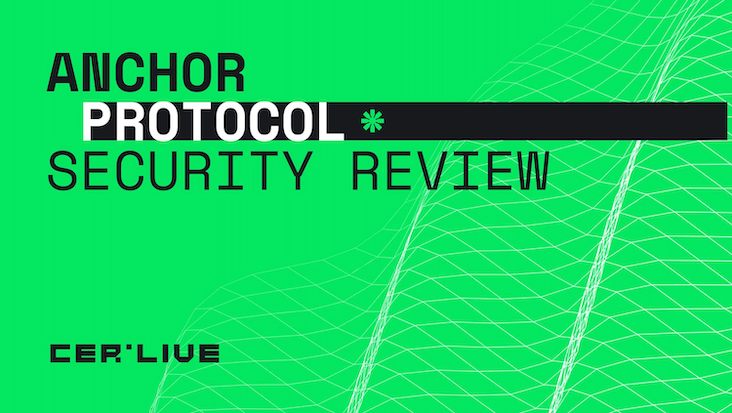 Anchor Protocol (ANC) is a Defi platform for staking and borrowing and is part of the Terra Ecosystem. ANC played a vital role in the violent collapse of Terra because it held 72% of Terra at one point and basically created artificial demand. With an APY of 20% and rewards for borrowers, ANC was never a sustainable project. The company lost 99% of its value. The future of ANC is at risk, but there are still those who believe in ANC. Indeed, the market cap of ANC is still $45 million, the token is not completely worthless. It is still in the top 500 tokens by mcap.

So the question is: Will there be a future for Anchor Protocol, and how secure is ANC? Let’s find out.

ANC characteristics, according to CoinGecko (on 13 Sep 2022)

ANC is traded on 30 cryptoexchanges, including

ANC is an ERC-20 token with a wrapped token smart contract in Solidity.

ANC offered many competitive advantages, such as high APY and high rewards. Now, the only real competitive advantage of ANC is recognition. Everyone knows about this token, both in positive and negative ways. There are certainly hopes of buying it for cents and having the value skyrocket as it was in 2021.

ANC token has been on the market since 2021. It quickly rose to prominence, reaching a peak mcap of $1.5 billion. With the current mcap of $45m, it has lost most of its value ever since. There are hopes of a revival and even some growth this month, but the platform has been essentially frozen since June 8, its last tweet. The trust was completely lost after the Terra explosion. Thus, ANC remains an extremely high-risk investment.

Anchor Protocol underwent security audits by two companies, Cryptonics and Solidified; both for token and platfom. However, all the audits were completed more than a year ago, and its past terra smart contract no longer exists. Anchor Protocol should undergo new audits if it wants to show investors that it’s still operational. Anchor Protocol doesn’t have an active bug bounty, it used to have a bug bounty with Immunefi, but its no longer available. There are no records of hacks related to Anchor Protocol.

Without appropriate security measures, all hopes for a great ANC revival are futile, but still we cannot discount ANC’s history of growth repeating itself.

Update on 24 October 2022: As we warned in the original article, we haven’t heard any news from Anchor Protocol since June 2022. Its market cap has remained the same for several months. Today, we can safely argue that Anchor Protocol did not survive the Terra blockchain crash. The project is now frozen.